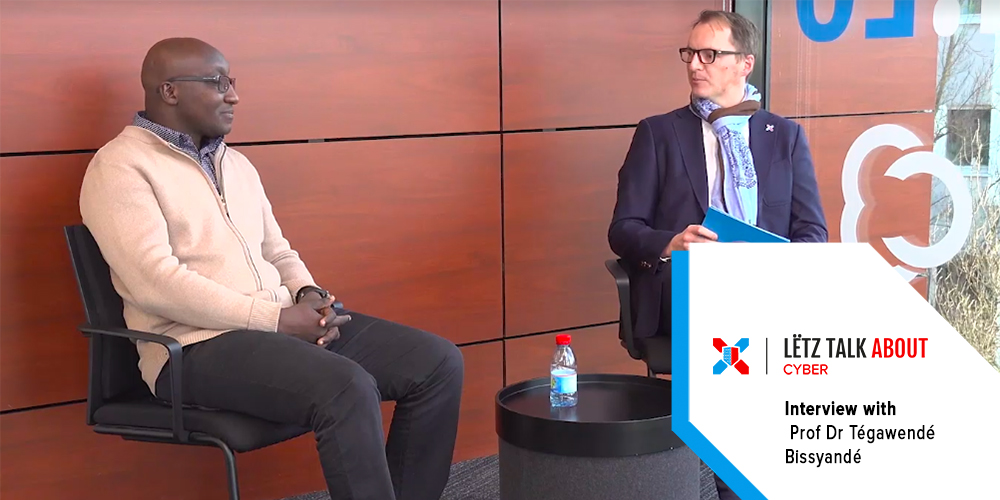 Prof Dr Tegawendé F. Bissyandé is an ERC fellow, Associate Professor of Computer Science at the University of Luxembourg, where he conducts research on trustworthy software engineering within the Interdisciplinary Centre for Security, Reliability and Trust (SnT).

Tegawendé received his PhD from the University of Bordeaux in 2013 and his post-doctoral research results on mobile security constitute some of the most highly cited works in the literature in this domain.

Tegawendé has a background in computer science, across its different layers, from systems to applications, with a perspective on reliability and security. He also has considerable experience in capacity building for emerging computing technologies, including how to leverage Artificial Intelligence, Blockchain, and Program Repair for building safe and reliable software. Passionate about Africa’s future, he believes that a sustainable path to economical emergence requires strengthening University curricula in developing countries. Therefore, Tegawendé spends a significant amount of time teaching at several universities in sub-Saharan Africa and advocating the need for demand-driven inter-university cooperation.

Tegawendé has published over 70 research papers in top tier venues on a variety of topics related to reliability and security of software, and he is currently the principal investigator of industry-academia partnership projects that addresses challenges in computing emerging topics such as FinTech and Cybersecurity. His research is also funded by the Luxembourg national research fund (FNR) and the EU commission through an ERC Starting Grant.

Pascal Steichen, CEO of SECURITYMADEIN.LU, is interviewing him in the video below. We can get to know a very open, good-humoured, witty person whose life is full of surprises and excitements.

In the first part of the discussion, Tegawendé talks about ‘Program Repair’: a new technique and approach to automatically fix bugs in software applications. We learn that reporting bugs by humans is more important than using automated test-case scenarios originally based on wrong assumptions: sometimes academic hypotheses do not cover real-life problems, we have to get our hands dirty to be able to solve real-life problems.

In the next part of the interview, Tegawendé guides us to interesting and unknown areas to many: if until now you thought mutants only existed in biology, or maybe in horror movies, think again! His new research is on ‘mutation testing’ which is one of the most effective techniques for fault revelation within the software. The key is making controlled changes to create targeted mutations within applications, so the function of a program can be analysed and perceived. Mutant selection coupled with machine learning techniques can pioneer this area of research.

Prof Tegawendé talks about his exciting life and his lucky moments which made it possible for him to get there where he is now. He is a world traveller, a globetrotter: his journey started from Burkina Faso and the ‘stations’ of his travel were Morocco, France, the USA (California), Singapore, Switzerland … until he finally arrived and settled down in Luxembourg eight years ago.

In the last section of the interview, the topic is Africa. ‘We have dire issues in cybersecurity in Africa.’ he said, but he also hopes that the project called LuxWays will help African countries in the field of cybersecurity in the near future.

We can learn a lot about the relationship between the digital and real-world in Africa, and we can also understand why cybersecurity has an even more significant impact at the individual level in Africa than in Europe…